Maybe I’m just anthropomorphic, but on my last day in Panama I watched a Rufescent Tiger heron pitch a hissy fit. What else could I call it? The tiger heron drew a bead on something edible, presumably a fish or a frog or some small creature in a little rainforest stream, and held perfectly still. Pure heaven for a bird-drawing person on the bank nearby. 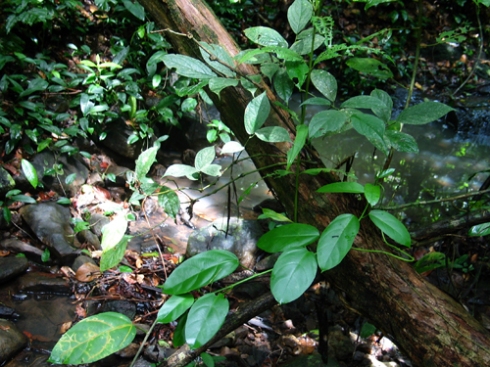 How long it posed there, not moving, aiming straight for the water, I couldn’t precisely say , because when I’m drawing I get lost in time, but it may have been all of two minutes. Finally the heron struck and missed. I could practically hear it cussing. It was raising and lowering its crest, stomping around, spearing sticks, leaves, seed pod, anything it could hit with that bayonet bill. It looked REALLY pissed off. I hoped it wouldn’t come too much closer, frankly. 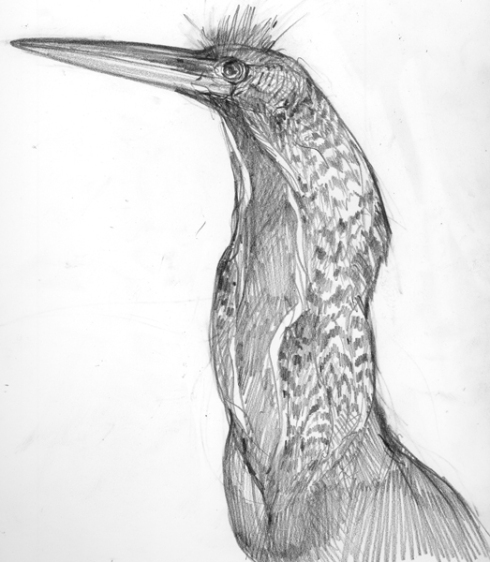 So I put down the sketchbook and picked up the camera. What I caught was the last couple of minutes of the hissy fit. In the end, it settled down and went back to stalking prey, a calm, composed, and centered Tiger heron once again.