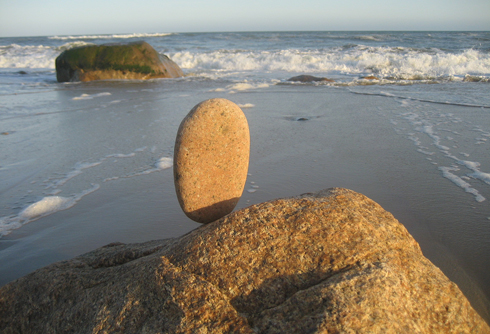 I want to say thank you to everyone who wrote with such kind, warm words about Cody. To those who shared their own stories of losing their most treasured canine companion, my heartfelt gratitude and sympathy goes out to you.

The sea is a powerful restorative, and the sea in winter is bleak and beautiful all at once. With my good friend Cindy, we shivered and walked and drew and photographed, looked at river otter tracks in the sand, watched eiders ride the chop and harriers chase red-tails. There were a couple of near-rarities: a northern shrike (a life bird for me) and a Eurasian wigeon. We stayed at the cozy 1705-built Charlotte Inn in Edgartown (thank you Gery!), we had pots of hot tea fireside in a small pub. We explored the old cemetary (and spent a few moments contemplating John Belushi’s final resting place), we dined (fresh oysters for me, of course) while an Irish music trio played wondrous tunes and rowdy patrons clapped and threw peanut shells on the floor.

Drawing is another restorative. Nothing takes you outside of yourself and reconnects you with the world so well. It’s intimate, meditative, fascinating. Clear your mind if you want to do it well. Draw anything and everything. Make it your own. 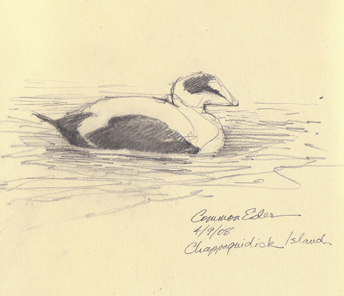 A common eider chugs forward in an outer Chappaquiddick seachannel like a passenger ferry loaded up with cement trucks.

We watched this pair of breeding-plumaged Long-tailed ducks working a rip current just past the breakers nearest the shore where we sat in the sand. Like a conveyor belt that carried them backward as they dove and surfaced, when they reached the back end of the ride they would fly forward to begin again. Over and over, they flew forward and were pulled backwards, diving and feeding on whatever else was caught in the current. The male duck’s central tail feathers are long soft streamers rather than stiff spikes like those of the pintail duck. 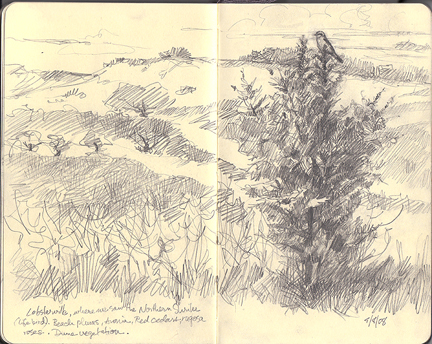 This northern shrike made an appearance in the red cedars of Lobsterville, where unsuspecting song sparrows actually flew in to join it (probably thinking it was a fat mockingbird) and nearly got nabbed. The shrike, a.k.a. butcherbird, is a predatory songbird (!!) and famously impales its prey on thorns and barbed wire fences. I’ve never heard its song but Cindy says it’s quite beautiful. Imagine that. 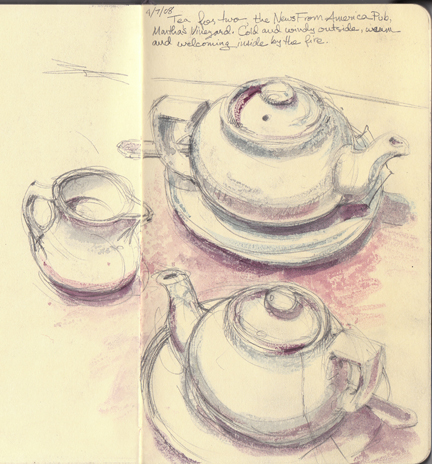 Warming up by the fire with hot tea and laughter.

The cliffs below the lighthouse were assorted colors of clay, an artist’s palette of warm and cool. 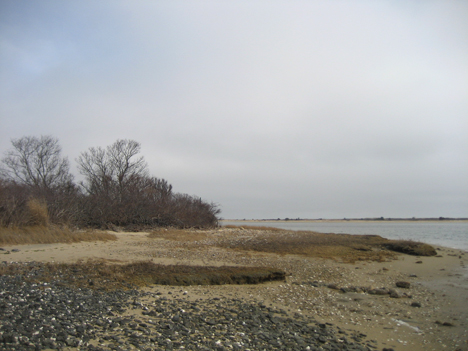 a moment of peace and solitude, beauty and otter tracks.

9 thoughts on “Keeping My Balance”